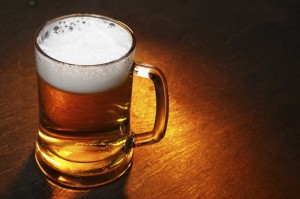 I got pulled over in North Scottsdale last night on the way home from a gig because apparently, my license plate light was out (the little light that illuminates your plate at night). I had not been pulled over in at least 10 years and I haven’t had a ticket since I was 16. I was freaking SHAKING.

It made me really think: what if I had had a drink on the gig? or two? or three? I was a bit of a wreck even though I was really in great shape (aside from the light being out): I have a clean license/record, I had my current registration and insurance info on hand, and I was completely sober. Thankfully, the officer was very polite, ran my license and of course everything was clean and he let me go without a ticket (which would have been a $150 fine, he informed me).

But if I had any alcohol influence in my system, who knows how it could have turned out? Even after getting home I was really shook up about being pulled over – and I was SOBER. This has really gotten me to consider what risks I’m taking on a regular basis.

I say this because, as musicians, patrons and fans offer to buy us drinks quite often. It is even specifically allowed by state liquor laws for musicians (hired as private contractors by a venue) to drink while working/performing. Last night I didn’t drink but had someone offered to buy one for me, I would have likely accepted it. It’s a free drink, after all!

But I’m starting to consider not drinking on the gig – beyond like one drink every two hours. The only problem is that for me, like it is for others as well, one drink easily leads to two, or three, etc. It’s easier to say no to the first one than the second.

Is the risk really worth it?