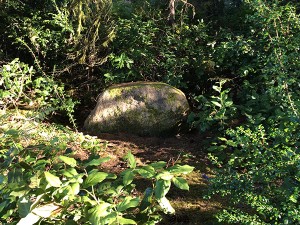 We got back to town Saturday night (from Seattle/Gig Harbor). It’s so hot here and the sun is such a tyrant.

I have had an epiphany of sorts. I feel a call that I have felt for a long time, but now I am wondering if this call isn’t actually the REAL DEAL.

I’ve had this vision of a resource for Catholic music ministers to help them select good music for their masses – one that doesn’t just include music from a single publisher but instead from multiple publishers – a resource for the new generation of Catholic Musicians – The Modern Catholic Musician – or something like that. What we have now is such a hodge-podge of largely uninspired music – it really is a shame. And we have these three main publishers who all compete with each other – or so I’ve been told by trusted sources who are composers for publishers.

We need something new that pulls from all sources and promotes new, fresh, inspired and liturgically sound music. I’m not even talking about praise and worship tunes – I mean music that is able to fit well into the Catholic mass. I want to incorporate Taïze-style meditation pieces as well and brand new songs and even Gregorian Chant. I want to promote a great variety of musical styles that express the richness of our church’s history.

I had this nightmare the other night while we were staying in Cedar City, UT on our way back form Seattle. I dreamt that I was supposed to receive and anointing in a great organization that I had helped to build, but this old woman with white, short hair took it away form me and cast me out and the entire board of elders (all middle-aged men) had turned against me. And Fr Thomas had given her his authority, though he was nowhere to be found.

I was so angry – so furious – I was betrayed and was ready to bless out every one of the elders in front of everyone.

And then I woke up.

I woke up angry and crying. It was 5:30a and I laid there in bed contemplating my dream.

And then it hit me: Steve Jobs must have gone through something similar when he founded Apple – the revolutionary company that he founded with his own great vision. And then it also hit me that Steve Jobs was fighting the establishment – IBM – who waned to crush Apple. Oh, how the world would be a much different place had IBM succeeded! (said as I type this on my MacBook Pro…)

Well, OCP and GIA and WLP are the like are essentially IBM. And they have had the “market” cornered for Catholic music for a long time. BUT a new generation of Catholic music directors are emerging, and they are the Millennials and they are likely not going to want to do things the same old way. Some may want to – but not all – not most.

Steve Jobs made Apple great and successful by making it BEAUTIFUL, and my making the human experience so great and intuitive and fun/easy to use. Apple is sexy.

The Modern Catholic Musician needs to be these things. SoulSong music (the publishing company that I will start in early 2017) needs to be cool and beautiful.

What really strikes me about this vision is that I’m not thinking about money. I’m not interested in the money. I know I will have to figure that out because we will have bills to pay, but if this calling is genuine, then the Lord will provide everything that we need. Maybe we eventually offer a subscription service or something. But I want to make sure that we offer free resources, too. *True* non-profits should ALWAYS offer free resources (take a hint, OCP).